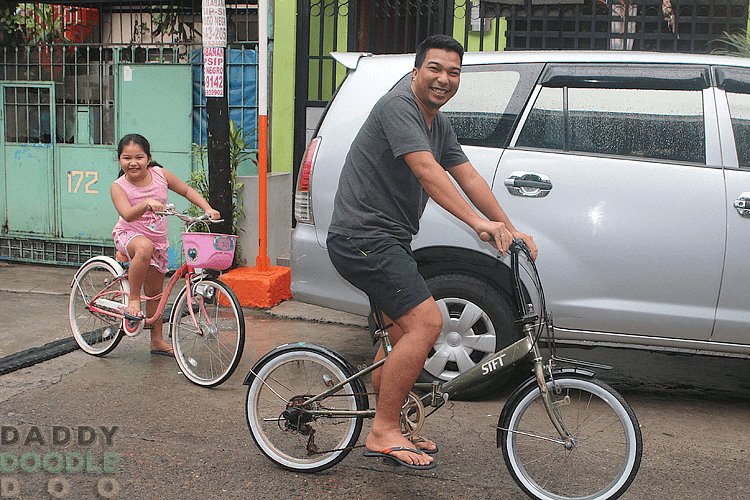 Spending time with my daughter Ykaie is something money cannot buy. Believe me I know, for I had worked overseas for four years before deciding to come back home last year. So when my daughter asked me to buy her a new bike I willingly obliged.

We already planned to get a new bike for her since her old one was already too small for her to ride. At first we were thinking on purchasing her a new bike, we already made several inquiries at some of the bike shops in Quiapo. We decided that getting her a second hand bike would be a better alternative. Our decision was based on the use of the bike for our daughter.  Our daughter will use the bike only around our neighborhood and for running errands here and there. So getting a new bike will only be a waste of money since my daughter is growing fast. In 1 to 2 years she would have had outgrown her bike. 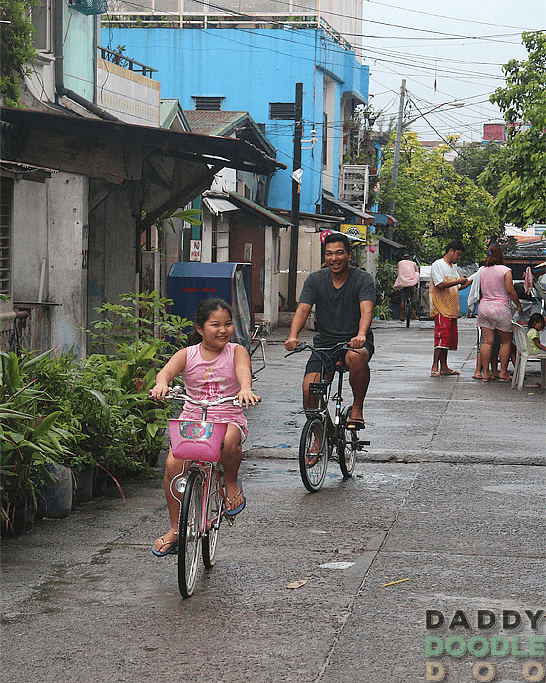 We live in Caloocan where there are a lot of retailers who sell second hand Japanese bikes. There are also stores in nearby Malabon City where you can purchase second hand bikes that are already refurbished. We purchased ours in a store located along Dagat – Dagatan Ave. They sell refurbished second hand Japanese bikes. Even though the shop has no name you can easily locate it because it is the only shop that sells second bikes along Dagat – Dagatan Ave.

Before we arrived at the store my daughter and I had the talk. I informed her that she will be the one to choose but I will be the one to decide which one we will purchase. As we arrived at the shop, Ykaie immediately started to look around while I was talking to the shop owner. They have a lot of selection of bikes like Cruiser, Folding bike, China bike or City Bike, Chaplin bike and Mountain bike. Ykaie chose only one bike which is the pink city bike. We asked one of the helpers if she can try it. Luckily the shop has a big and secure space at the back. Ykaie instantly fell in love with the bike. The bike is way bigger than her previous bike, so I had my doubts. But when she rode it and had no difficulty doing so, I was certain she made the right choice. I, on the other hand, had a hard time choosing. I ended up with a steel frame folding bike. We paid for the two bikes for P3,500 with discount. 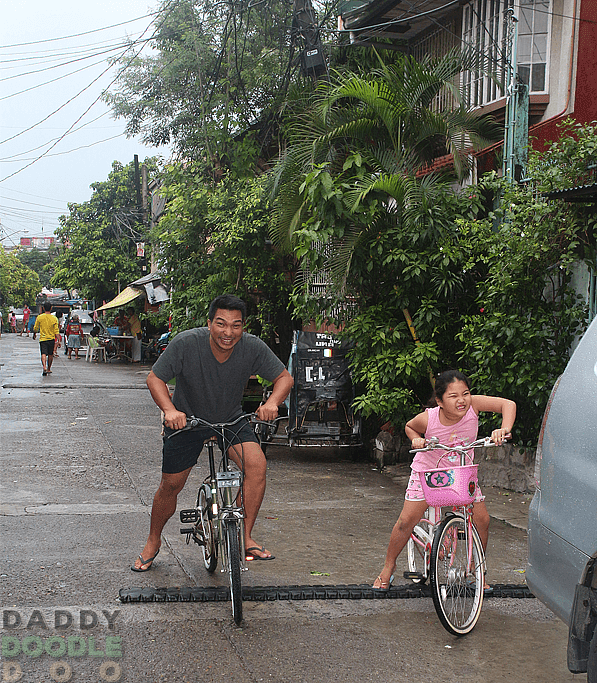 I’m pretty sure there are a lot of other better and branded bikes out there. But the important thing is to know your priorities, reason for purchase, and budget.