Blogapalooza calls for Filipino voters to vote wisely this May 2022

With the May 2022 Elections being just around the corner, voters’ education has become the highlight among campaigns these days. At the forefront of this are brands, taking on the responsibility of helping the electorate be more critical, attentive, and educated during the pressing days of the election season.

For this reason, Blogapalooza launched a digital campaign that underscored the importance of making informed and wise decisions in the upcoming elections. The video, which features the BlogaFam influencer community, calls for the Filipino electorate to become wiser and more responsible voters.

“Voting is not just a simple task. It is a responsibility to take on as we decide on the future of the nation. We wanted to engage and encourage the voters, particularly the youth, to take an active stance on nationwide affairs through our “#ParaSaPilipinas” digital campaign. This is our own little way of serving our fellow Filipinos– utilizing social media as a tool to educate everyone that their vote matters in giving our country a fighting chance to get back on its feet again,” said Blogapalooza founder and CEO Ace Gapuz. 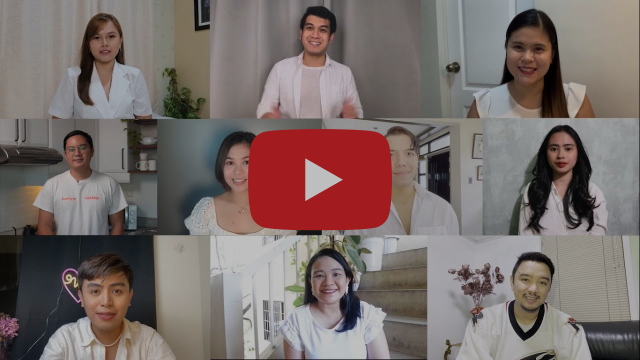 In the two-minute video, several members of the BlogaFam were asked the question, “Ano ang hangad mo para sa ating bayan?” to which they replied in one sentence. Here are some of their answers:

Meanwhile, other members shared that they want lifetime healthcare benefits, world-class quality of education, employment opportunities, and a corruption-free future for the next generations. The BlogaKids also took part in the video and were given the spotlight by having them ask the important question “Kayo, boboto po ba kayo?” to the Filipino viewers.

“We have always believed that the youth are the future of our nation. They are a force to be reckoned with in this coming election so we want to make sure they are equipped with right and informed decisions not just for themselves, but for the country as a whole,” said Gapuz.

Blogapalooza has also partnered with The Rundown, a youth-led senatorial elections forum that started in 2013. The initiative aims to empower young voters to make informed and critical decisions through an impartial and informative elections forum. This year’s theme, Youth at the Forefront of Change: Transforming Conversations into Collective Action, will have its first Youth Senatorial forum attended by some prominent senatorial aspirants. It is set to happen on March 12, 2022, Saturday from 3:00 p.m to 6:00 p.m  via The Rundown Facebook livestream. This will be simultaneously live streamed on the Commission on Elections (COMELEC) official Facebook page.

“As an influencer marketing company, I believe that we have the immense power to #ElevateInfluence and make a positive impact among the youth voters today. Partnering with The Rundown has allowed us to not just use our influence, but become a catalyst for change that will benefit the generations to come,” Gapuz closed.

Craving for meat?! Dito I can say na sulit at masa

This melts in your mouth belly and delicious pork

Looking forward to a long day ahead with this Hole

Had a super great meal @pericharcoalph using my Su

I see a ray of light❤️

Coffee and Chocnut will surely love this new treat